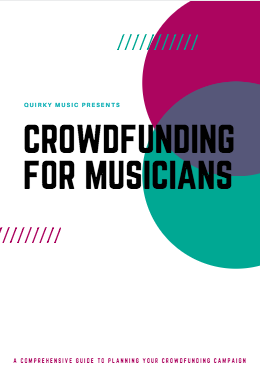 Crowdfunding is a popular method for musicians to finance an album. You ask fans for financial support. Whether download, sound carrier or living room concert – the donor is rewarded in any case. The number of providers is rising. In 2012 there were still 450 platforms, meanwhile there are around 2000. For start-up companies and musicians offer different possibilities.

The clear goal in mind – that is the prerequisite for a successful planning and implementation. If an album production is on, the material should already be completely written to prevent unnecessary costs. A business plan for a suitable platform is the next step. The appropriate platform should be selected for this. Enough time to calculate is also important. Promotion, updates and the reward for the donors are more factors.

If the cost of costs are created, the following things should be considered: the minimum of money, which is absolutely needed, a realistic average amount and a buffer, if unexpected heritals arise. 30% of the total can ideally be calculated by supporters from the friend’s friend, well-known and family circle.

A pitch video should precisely introduce the project. Again, there are important criteria. Optimal image and sound quality, self-confident occurrence, a creative hanger and sound examples should be present. The basic questions Who, what, when, how, where, why offer an ideal checklist as to whether all information is included in the video.

Keep the donors at the bar

Regular updates keep contact with the fans who finally want to be rewarded for their use. In addition, studio insights, teaser songs and other creative ideas can be. Through promotion even new fans can be gained and the opportunities are increased for a larger sum. Maybe even big musicians can help and advertise. 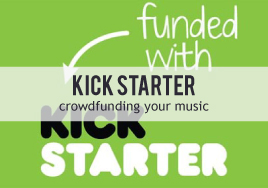 Kickstarter was founded in 2009 and is the most successful provider so that his name is often used as a synonym for crowdfunding. The musician chooses a fixed target for a project. All supporters get their money back if the amount is not reached. The service for the musician remains free in this case. 5% of revenue is the amount of commission if the project is successful. Self-initiative and a strong campaign are required at Kickstarter to not go on the mass of the projects.

In Germany, startnext is most successful and works as well as Kickstarter, but the amount of commission can be chosen. Compared to other portals, startnext the idea and presentation is evaluated and not the amount of financing.

On a subscription basis, the American portal Patreon, on which the artist can deduct a certain sum of the donor per month or per published project. The supporter can also manually cover his monthly donation. Updates, photos and videos of the artist are a reward for the donor for longer-term projects. The processing fee is 2%.

Variable variants offers indiegogo, which allows the musician flexibility. A project can not fail, but only smaller. This method is also called ‘Fixed Funding’.

Albums, tours, DVDs and music videos can be financed by Pledgemusic. Here, Traget campaigns and non-target campaigns are distinguished from each other, ie ongoing and completed financing projects. Pledgemusic receives 15% of the money collected.

Another subscription service is offered by BandCamp and thus allows the artist a regular source of funding. 15% of revenue go to BandCamp, 2.9% of the payment service provider. With a sum of over $ 5,000, Bandcamp only takes 10%.