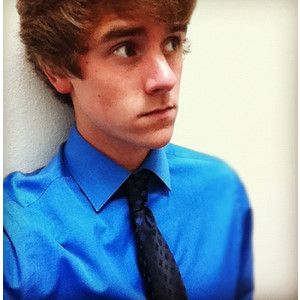 Blues do not always have to be sung in English. That blues music also works wonderfully in German, Franta Blues proves. Essential themes, composing by lust and mood and titles like ‘Physiotherapeuts blues’ and ‘Kraut blues’ are part of his music. He sings German texts because a Blues-Hermsharmoniker player suggests him. His individuality would be better to light. In the interview, Franta tells of his music.

Interview with Franta about Krautblues

Franta is actually French, but no one calls him like that. "I have the same first name as my father and his friends have missed this nickname for him 30 or 40 years ago – the Czech short form of Frantiček. At some point I just taken that. I was born in 1988 in Leipzig and do about my 15. Year of music. Own songs I write since I am 18. I play guitar, drums, bass, sing and have just produced my second solo album herbblues."

"I grew up with the music of Fleetwood Mac, Tom Petty and Chopin. When I was 15, I came across a CD of John Lee Hooker in my parent plate shop. That completely blew me completely and actually changed almost everything – not just musical. At that time I was not very good and his music gave me a lot of power. That was also the impetus to teach me guitar, sing and to occasionally occur with smaller sessions. A little later I started playing drums and bass – I maybe I was 22 or 23 – and participating in some bands." 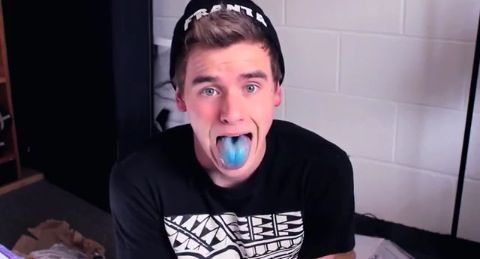 "At some point I bought a lot of studio equipment and made a little unconventional a studio in my four walls together. Because not only the songwriting makes me giant fun, but also to play every instrument itself and thus to make the sound of each song 100%. I wanted, especially for my second solo album Krautblues, every part of the album put my ideas after completing and have built my ‘main guitar’, the Coolinator, and my amp, the frantinator,. Sloping name, I know, but I’m also diagonally and the result really does not sound sick. Take you in!"

"At each song, I first started with the rhythm guitar, after bass, drums, percussion, leadguitar, singing and some Songs Harmonica recorded. For the raw shots, I have either a Zoom HD 16 or my slightly modified Grundig TK 745, a tape device from the 70s, used. In particular, the tape device has given my rhythm guitar on herbblues in conjunction with the Gretsch Filtertron humbuckers a very warm, transparent sound, even if digitizing was a total nightmare. After digitizing the bands or. Convert the traces on the HDD to .WAV format, which took both eternally, I have put everything together on the PC in Cubase and partially easily reworked there. I have never recorded something with the PC itself. This describes the recording process in rough words."

Board of Music builds the band

"I think at Board of Music you can get to know many cool musicians and make new contacts. I became aware of the search engine on it. And I want to drum a band again and get out out of … on the stage! So the merry customer, oh your people spread! The album is done and the Mukke is supposed to be on stage! On sessions and concerts of friendly bands I am looking for new banisters, but in these widths are not overly many musicians who want to play bluesrock, but more metal, punk or something. I want to network overregional."