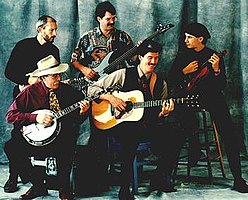 Arounded in 1954 in the north of the United States, which enriched the Bigbandsound with a striking 4/4 offbeat, with Boogielinien worsen and played in a smaller occupation. Is occasionally confused because of the "folded" double bass with its Southern State, the Rockabilly, however, contains a more dominant, sometimes soloist drums and also creates a focus on the Rockabilly’s untypical brass. In performance, the synchronous pivoting movements of the instruments were typical, the conspicuous patterned unit suits of the musicians and rhythmic interim calls ("Crazy Man Crazy!") – all elements from the bigband culture. Cover versions of Black Rhythm & Blues Title were played but also new compositions. Important instrument was besides double bass and brass bias also the electric guitar, which depended by fast, difficult runs from the rest of the rock ‘n’ roll.