Especially in the warm season one hears in pedestrian zones, parks and other public places again and again melodies of well-known or unknown instruments, but also in autumn and in the Christmas season Mobile musician fill the cityscape. Street music knows no season. Nevertheless, there are some rules to be observed. Art freedom (Article 5, ABS. 3 GG) is one of the most protected fundamental rights in Germany and allows basic every musician to play on public places. But because passers-by can not choose whether they want to expose themselves to the music or can not feel harassed, it is important for the musician to inform themselves about the rules of the municipality or the district in which you want to give free concerts. Permits, maximum playing time, permitted instruments and commercial actions are some keywords with which one must deal as a street musician.

As ‘special use’, no registrations are needed in the cities of Stuttgart, Cologne, Leipzig and Erfurt. In other cities, on the other hand, the city administration of a ‘special use permit’ must be ordered. The license fees are usually ten euros per day.

In Munich special regulations apply. Before receiving permission to play, you have to have lucky enough to belong to the daily only ten awarded licenses and also a prelude in the town hall is a condition for street musicians before they are allowed to play on public places.

Maximum sixty minutes playing time allow cities before the street musicians have to change the location. The minimum distance is between 100 and 200 meters. Between 12.00 clock and 15.00 clock as well as after 22.00 clock is no street music allowed. In addition, no shop windows, department store entrances and office buildings may be blocked.

In Munich, trumpet, saxophone, bagpipe and percussion instruments are subject to special permits, in other cities come into brass and electrically reinforced instruments.

CDs, merchandising articles and concert tickets may not be sold because these commercial acts would require a trade tax to the city.
Despite all these restrictions, a passionate musician should not be able to dissuade his desire to present his music in public. 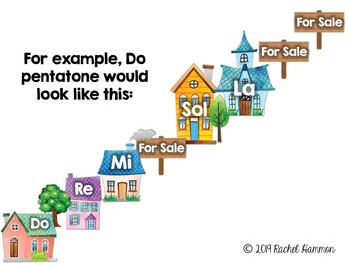 As a form of little art, they have been around since the antiquity. Hiking singer and Celtic Bard developed in the course of the centuries to instrumentalists, singers or soles and play either completely live or to playbacks and sound carriers.

Combinations with artists such as clowns, artists or jugurers are not exceptional.

The genres are no limits. Depending on the instrument and advantages, Jazz, Country, Classic, Baroque, Rock, Pop and Folk Music Through the streets of the cities around the world. You belong to Dublin, London, Berlin, Vienna, Salzburg and Barcelona. In the United States, Memphis, New Orleans, Chicago and New York City are considered high castles.

The motivations are different. Music students finance their studies, travelers musicians through these trial exhibition opportunities and also young people test their newly acquired knowledge of an instrument in public. In addition to the acquisition of the necessary change and expansion of his skills, it is also possible to get to know new musicians – and who knows, maybe even discovered.

Are you road musicians?